Felt is a mass of wool and/or fur. It is not woven, but rather pressed and manipulated in a centuries-old process using heat, water, and pressure to create the strongest, smoothest, most water-resistant natural fabric known. Legends abound with regard to its origin. Some claim that St. Clement (the patron saint of felt hat makers) discovered felt when, as a wandering monk, he filled his sandals with flax fibers to protect his feet. The moisture and pressure from pounding feet compressed the fibers into crude, though comfortable felt. Others suggest that Native Americans or ancient Egyptians discovered felt by way of fur lined moccasins or camel hair falling into sandals. In fact,, none of these "firsts" is first as scraps of felt have survived since the Neolithic era, 9,000 years ago, making it the oldest form on cloth. [One theory postulates that felt was "discovered" many times and in many parts of the world because its popularity has risen when societies have become poor, cold, and agrarian. As each society became more urban and advanced, felt making subsided or disappeared.]

To the hat industry, whoever invented felt is not as important as the fact that felt hats 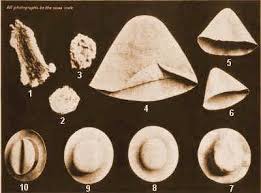 function well. Hats made of felt are durable, comfortable, and attractive. Felting has evolved to an art in hat making. Each manufacturer closely guards his exact felt making process and formula. I’ve come to understand over the years that what constitutes a good felt hat can be a matter of opinion or taste. For example, the stiff and meaty felt associated with a high quality American western hat is much different than the supple and light fine felt material associated with European hat making. (Think Stetson verses Borsalino.) Both felts require quality pelts and skilled craftsmanship, but with much different objectives.

Not only do the materials (wool, hare, beaver, nutria, etc.) used to make felt vary, but a host of considerations inform the outcome. Some hats are made to be protective and 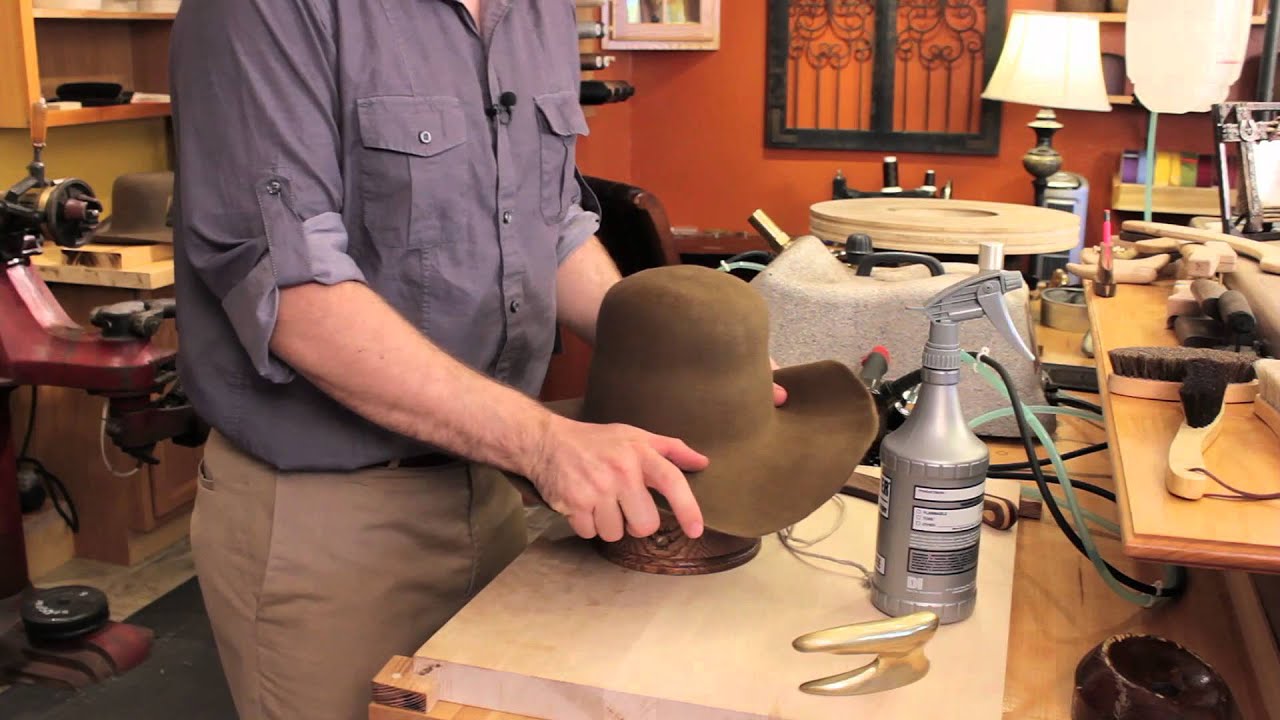 therefore the felt is stiff and heavy. The bowler, in fact, was made for a game warden in 1850 who wanted protection while chasing poachers on horseback. Cowboy hats are made to function for similarly. On the other hand, dress hats-which do keep one’s head warm or dry-are typically lighter weight and, in great part, are expressions of style and taste. The finish of the felt, as distinct from its materials, can be "silk", or "angora", or "beaver" (not necessarily meaning that the hat contains beaver fur), or "velour", or "suede", or "sponge", or "scratch". Each finish has its own expression and associations. For example, the silk or angora finishes are typically associated with aristocrats and the top hat or homburg style.

Know that the felt hat that you are wearing or about to purchase is very labor intensive and is a modern day example of an ancient and venerable craft.